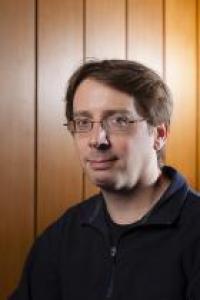 Andy Bunker’s main research interest is finding very distant galaxies. He uses the Hubble Space Telescope, and large telescopes on the ground (involving lots of trips to Hawaii and Chile), to study the astrophysics of how galaxies form and evolve, and when stars are born in the early Universe. He did both his undergraduate degree and doctorate at Oxford, held postdoctoral positions at the universities of Cambridge and California (Berkeley), and was previously Head of Astronomy at the Anglo-Australian Observatory, based in Sydney. He is also on the Instrument Science Team for the NIRSpec spectrograph on the James Webb Space Telescope, the successor to Hubble.