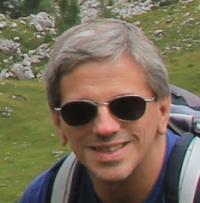 Alessandro Sozzetti gained his degree in Physics from Università degli Studi di Torino, Italy in 1997. He was a Research Scholar at the Space Telescope Science Institute between 1998 and 2000, and then he went on to obtain a PhD in Physics from the University of Pittsburgh, USA in 2005. He worked at the Harvard-Smithsonian Center for Astrophysics between 2002 and 2008, first as an SAO Pre-Doctoral Fellow and then as a Visiting Scientist. He is presently a Senior Researcher (Level II) at INAF, leading the exoplanet research group at the Osservatorio Astrofisico di Torino. His research interests are focused on the detection and physical characterization of extrasolar planetary systems. His expertise encompasses high-resolution stellar spectroscopy, photometry, and high-precision astrometry. He has leading roles in several large-scale projects aimed at exoplanet detection and characterization with cutting-edge ground-based instrumentation (HARPS-N, GIARPS, ESPRESSO) and space-borne observatories (Gaia, TESS, PLATO, ARIEL). An appointed member of INAF's Scientific Council, he has served as Chair, co-Chair, and SOC member of several major international conferences and workshops. He has co-authored 135 refereed journal papers, including one review article, and he is contributor to or editor of seven collective volumes.