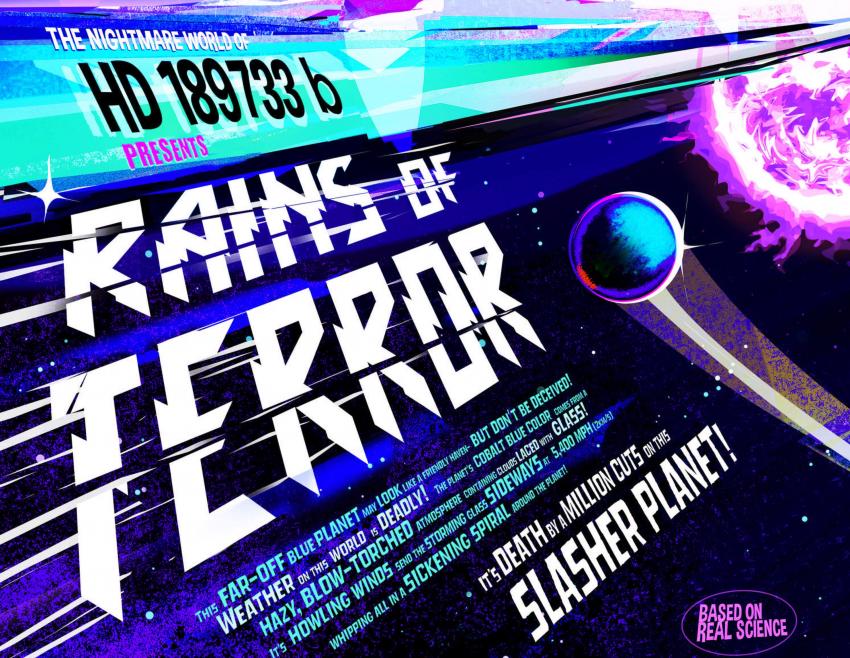 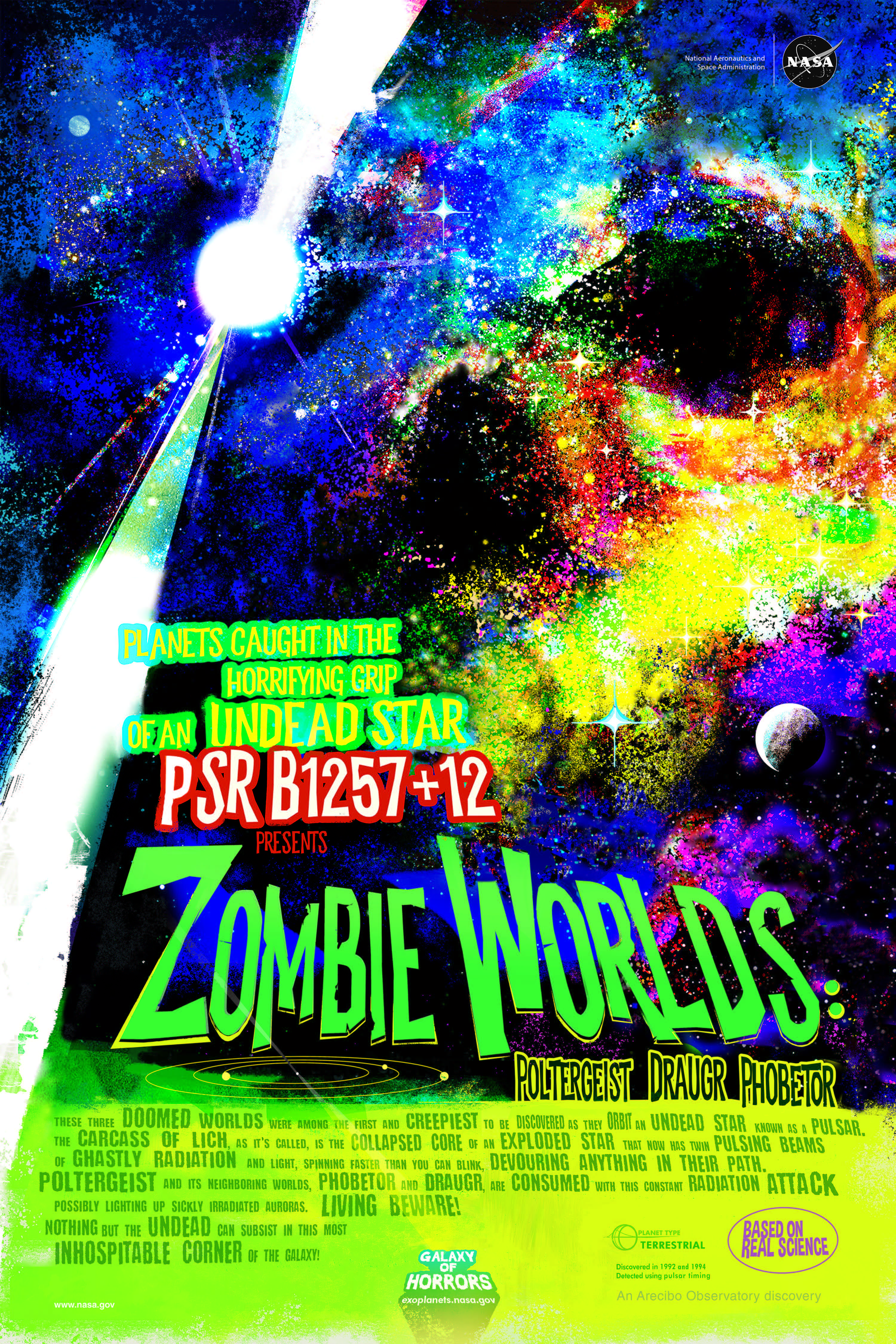 Exoplanets may be scientific heaven for researchers, but NASA is highlighting their hellish side for Halloween this year with some new posters

Halloween is the time for ghosts, ghouls and scary stories of all kinds, so NASA has grabbed hte opportunity to present some of the extreme exoplanets discovered so far in terms more familiar from horror films – complete with posters to advertise the Galaxy of Horrors web page.

In this presentation, the distant gas giant HD189733b, discovered at Haute Provence Observatory, France, from its radial velocity variations, becomes a nightmare world under the distinctly B-movie title Rains of Terror. This slasher planet, the text continues, has clouds laced with glass, storming sideways at 5400 mph in a sickening spiral.

And the Zombie Worlds? Well, they are "caught in the grip of an undead star", otherwise known as a pulsar. Ghastly radiation from the carcass of this exploded star is consuming the planets that surround it, Poltergeist, Draugr and Phobetor.

It's all based on real science, as the posters proudly proclaim. HD189733b is a gas giant orbiting close enough to its star for its hot atmosphere to be laced with silica, which could indeed means whirling clouds of glass shards, making it a slasher planet. And the pulsar planets were the first exoplanets to be detected, based their perturbation of the orbit of pulsar PSR B1257+12, some 2000 light years from Earth.

It's an imaginative way to highlight the range of planet types among the  more than 4000 known exoplanets. "My favorite thing about exoplanets is how extreme they can get!" says Thalia Rivera, an outreach specialist at the Jet Propulsion Laboratory who led the development of the new poster series. "There are so many other amazing, mystifying planets out there that are completely unlike Earth and that show us the huge variety of ways planets can form and evolve."

The posters are free to download and they and other horrifying presentations of extreme exoplanets, including The Twilight Zone and Monster Mash can be found at NASA's new Galaxy of Horrors webpage, linked to the Eyes on Exoplanets outreach pages.