As the Cassini mission heads for its high-impact ending on 15 September, the mission team have produced a series of posters with retro themes from art and advertising. 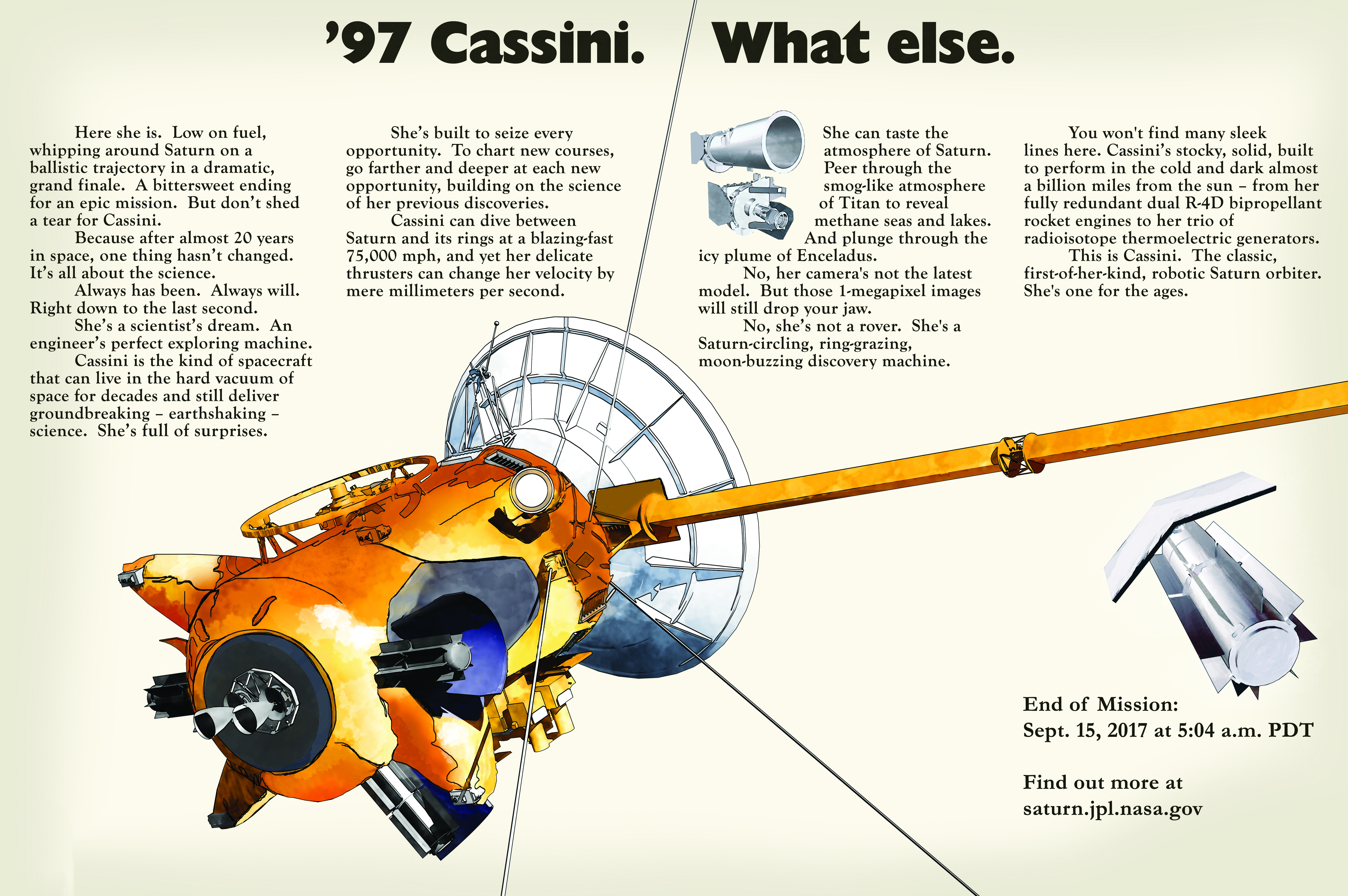 As the Cassini mission heads for its high-impact ending on 15 September, the mission team have produced a series of posters with retro themes from art and advertising.

Cassini has become part of popular culture in the years since its 1997 launch - and now a set of posters celebrates the ending of the mission using the styles and approaches of mid-twentieth century art, music and advertising. The impending impact with Saturn gets a pop-art makeover with Whoosh!, taking inspiration from Roy Lichtenstein's "Whaam!" a comic-book plane crash diptych from 1963. The cartoon commentary says it all: "We pointed Cassini’s antenna at Earth for the final time … Determined to send back science to the last second."

The poster for a Led Zeppelin concert from 1973 provides inspiration for another poster, marking the exact time and date of the end of the mission: 5.04 Pacific Daylight Time on 15 September. This band used a lot of mysterious symbols on their recordings and publicity; the poster follows this style with some rather less mysterious ones, indicating the four planets that the Cassini-Huygens mission visited.

And, in a nod to the power of advertising, a classic advert for the Corvette works remarkably well – with some slightly different words – as a paen to this peerless spacecraft or, as the poster puts it "...a Saturn-circling, ring-grazing, moon-buzzing discovery machine". It's an entertaining re-imagining of the spacecraft in terms of a sports car, and in those terms Cassini has little competition, working without maintenance for 20 years and moving at 75,000 mph!

These posters follow other sets developed during the Cassini mission (one with a Roman mythology theme and based on vintage travel posters) and are available for download at high resolution from the JPL website.