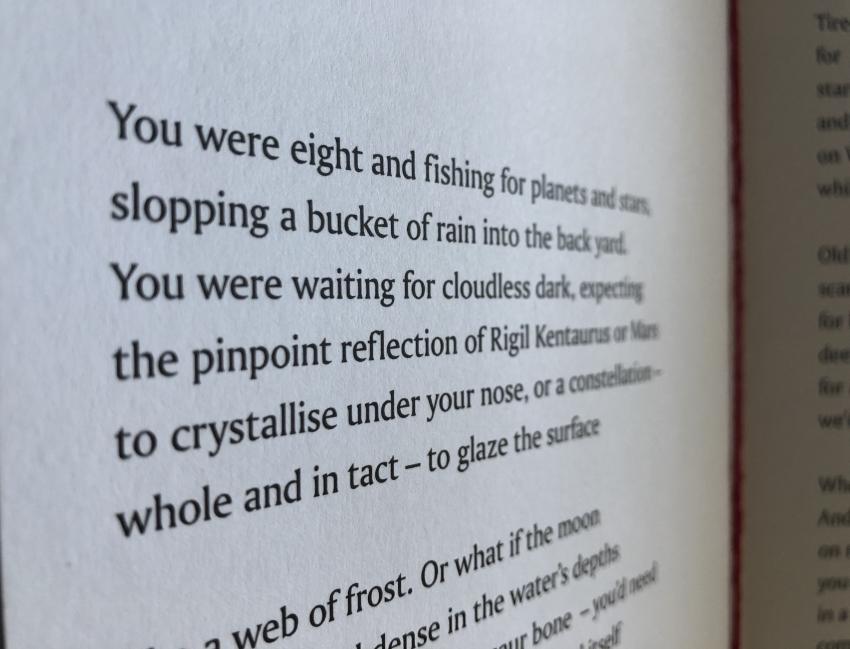 The Society approached Simon Armitage, the Poet Laureate, to ask him if he would compose a poem for us to mark our bicentenary year. He kindly agreed. The poem, Astronomy for Beginners, was first read on BBC radio 4's Broadcasting House Programme on Sunday 12th January, the date of our anniversary.

You were eight and fishing for planets and stars,

slopping a bucket of rain into the back yard.

You were waiting for cloudless dark, expecting

the pinpoint reflections of Rigil Kentaurus or Mars

to crystallise under your nose, or a constellation –

whole and in tact – to glaze the surface

like a web of frost. Or what if the moon

grew hard and dense in the water’s depths

a landing net. But only Polaris proved itself

in the liquid lens, then dissolved

when you lifted it out on your fingertip.

some camera obscura inside the tube

flipped the map of the galaxy upside down;

in the peephole eyepiece, families dangled from ceilings

by their hooves. You were thirty by now.

Tired of the stake-out, tired of panning

for sunspots and fool’s gold you traded

starlight for bird life, birds with their costumes

and songs and shows. Once, in a shoulder of sand

while eating bread from your open hand.

for hyper giants and white dwarves, calling down

for angels and black holes with a glass jar, knowing

Where did that tin of luminous stickers go?

And the solar system mobile spinning

on near-invisible thread?  When she left home

you crashed out on your daughter’s bed and woke

in a Navajo cave, a remote language of light