I manage a national public engagement project from LJMU, having previously completed a Masters, PhD and post-doc in Astrophysics specialising in the host galaxies of core-collapse supernovae. Since moving into public engagement full time I have stayed involved in research to some level and enjoy transferring cutting-edge research into projects which can be used to inspire a new generation to pursue a career in STEM. I am involved in observing, mainly through the Liverpool Telescope and have a passion for observational astronomy and the potential of robotic telescopes in an era of detection-rich astronomy which will be brought around through facilities such as LSST.

I am the only person in my family to have been to university and have a passion for encouraging people from diverse backgrounds to consider both STEM as a degree and career option, but also university more generally. I have been involved in outreach for around 15 years working with various groups from Boys Brigades to adult learners. I am an active member of the RAS200 Sky and Earth steering groups and have engaged with several of the funded projects. For almost 5 years I have coordinated the outreach carried out at my department and led a local outreach programme working with schools in and around the Liverpool city region. Since taking the role as National Schools' Observatory manager I have co-created a new strategy, website and evaluation framework for the project and am experienced in managing both projects and people including having line management responsibilities. I also sit on the STFC Public Engagement SPARK and Legacy awards panels.

I also have a passion for diversity and equality, not just through engaging with more young people, but by improving the current field. I have driven this agenda, both at my University through the IoP Juno Project, and at the RAS in my time on council and the Committee for Diversity in Astronomy and Geophysics (CDAG). I have been involved in the creation and adoption of the RAS Code of Conduct, the celebration of 100 years of women being elected to the RAS, and through many diversity events carried out by the RAS Equality and Diversity officer.

Since having a more involved role in the RAS I have driven an agenda of transparency within the management structure of the RAS and led the first open call to members to join the CDAG committee. I ensured that the adoption of the RAS Code of Conduct is a requirement of awards granted by the society and have led the advertisement of this throughout the membership. I have also engaged with the society in completing the Science Council Progression Framework. I have also led a bullying and harassment survey which will soon be sent to fellows.

If I am elected into the position of VP (A) I will continue to be a voice for diversity and equality and drive the agenda within council, building on the progress made over the last 5 years, especially implementing recommendations from the Science Council Progression Framework. I will also be a voice for early career researchers, and those within the society with less traditional careers. I believe in being a fair voice and do not bring an agenda to the role other than having the best interest of the society, and its members at heart and pride myself on being honest, displaying integrity and listening to all sides before drawing conclusions. I hope to have the chance to continue the work I have started in my active role within the society. 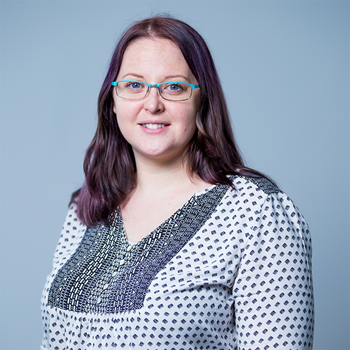