I have served on RAS Council as Secretary, Councillor, Senior Secretary, Treasurer and Vice President- this wide range of roles giving me a good understanding of the structure, challenges and opportunities for the Society. As Treasurer from 2011 to 2016 I led the restructuring of the publications contracts, increasing the income by over 50%, and played a strong role in revising the Bye Laws to bring the Society in line with modern organisational standards. The RAS performs many functions in support of Astronomy and Geophysics but it faces very important challenges. I believe that my experience on Council would enable me to contribute to the Society’s growth and development.

Through service on many Research Council committees (Astronomy Grants Panel Chair, Chair of Space Science Programme Board, Chair of Science Programme Advisory Committee), work for government departments (Advisor to two House of Commons Select Committees) and contributions to international organisations (European Space Agency, Cospar, NASA) I have experience of engaging with a range of scientists, policy makers and the science media, as well as government bodies themselves.

We are entering an era in which the RAS will need to support its membership by strong advocacy for science in a political and economic environment that will be difficult. The complexity of Brexit will make life uncertain for our members (in the UK and abroad) and we need to champion their careers and their science. It is crucial for the RAS to promote the importance and benefits of fundamental science, and especially Astronomy and Geophysics, in public policy debates. My commitment to the RAS over many years and my experience of working with universities and government equip me to make a serious contribution to the future challenges facing the Society and its members. 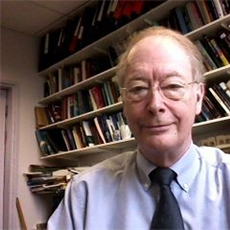