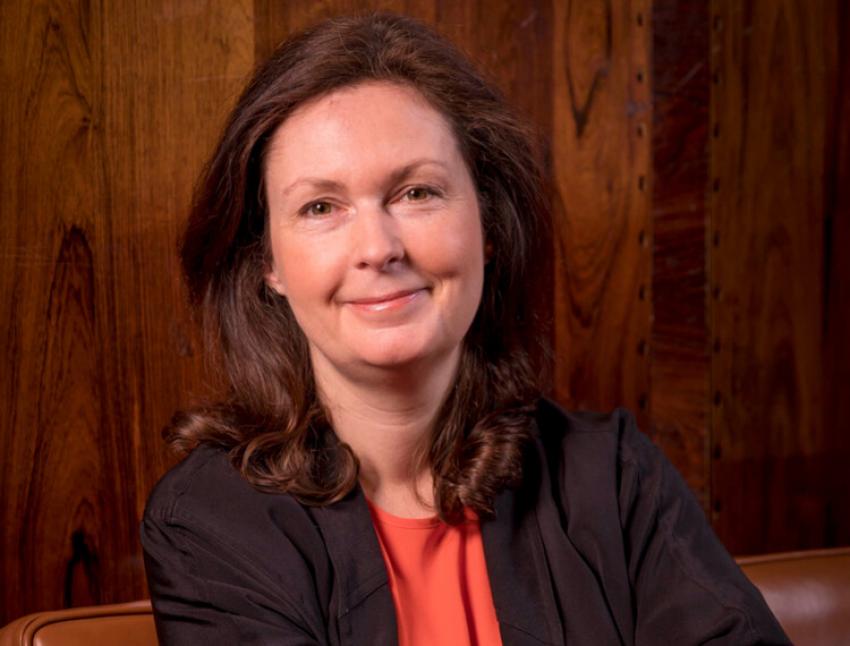 Images taken during the total solar eclipse in 2020 showed a beautiful, yet gigantic, teardrop shaped structure erupting away from the Sun. These eruptions are known as coronal mass ejections and they were first discovered in the 1970s in images taken by space telescopes that create artificial solar eclipses. This talk will take a look at the importance of eclipse observations, from both ground and space, and will discuss some of the discoveries that have been made with them. The talk will end by looking at the latest research that shows coronal mass ejections can be caused by magnetic fields in the Sun's atmosphere that have been deformed into twisted ropes of magnetism that the Sun struggles to hold down.

Lucie is a Royal Society University Research Fellow based at the Mullard Space Science Laboratory, UCL’s Department of Space and Climate Physics, where she studies activity in the atmosphere of our nearest star, the Sun. In particular, Lucie is interested in understanding why the Sun produces eruptions of magnetized plasma known as coronal mass ejections. If these eruptions reach the Earth they can drive stormy space weather that causes problems with our electricity distribution, communications and navigation.

Learning more about the Universe isn’t Lucie’s only passion, she also works to share what is learned with school students. Her commitment to education in the widest sense led to her become chair of governors at the UCL Academy.

Lucie is very active in public engagement with science, sits on the Advisory Board for the Science Museum, is a presenter on the BBC’s Sky at Night and is the Chief Stargazer at the Society for Popular Astronomy. In 2009 Lucie was the recipient of the Royal Society’s Kohn Award for excellence in public engagement with science and in 2012 received the Institute of Physics Lise Meitner Medal and Prize for distinguished contributions to public outreach.