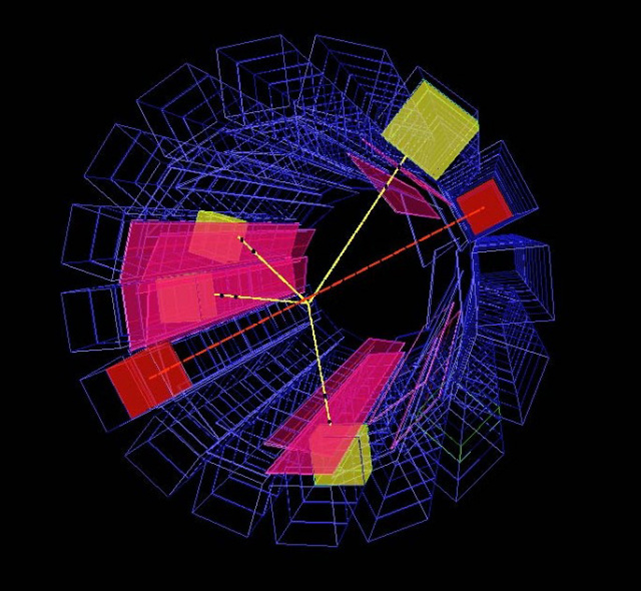 Antimatter, an identical, oppositely charged version of normal matter, is one of the most mysterious substances in the Universe. We think it formed half the universe at the time of the Big Bang, however, very little of it survives today. Understanding why so much antimatter disappeared so quickly, to allow our matter-dominated Universe to form, is one of the biggest challenges today in particle physics. In this talk Professor Tara Shears will explain what antimatter is, how it fits into our understanding of particle physics, and why we think it matters so much. She'll describe the experiments at CERN, the European laboratory for particle physics, and on the International Space Station, that we've built to study and understand it better. Finally she'll show you what they've found. You'll see their latest results, so you can judge how close they've come to understanding the nature of this elusive substance.

Professor Tara Shears is an experimental particle physicist. Her research focusses on testing aspects of the Standard Model of particle physics using the LHCb experiment at CERN's Large Hadron Collider. She is particularly interested in understanding the reasons why that there is so little antimatter in the Universe, and where and how our current understanding breaks down. When not researching, she enjoys communicating her science to anyone who wants to listen. Tara studied at Imperial College London (BSc 1991), and the University of Cambridge (PhD 1995). I held PPARC postdoctoral (University of Manchester), CERN and Royal Society University Research fellowships (University of Liverpool) prior to being appointed to University of Liverpool academic staff in 2007. She was appointed Professor in 2012, and was the first female Professor in her department. She currently leads the University of Liverpool LHCb experimental group.