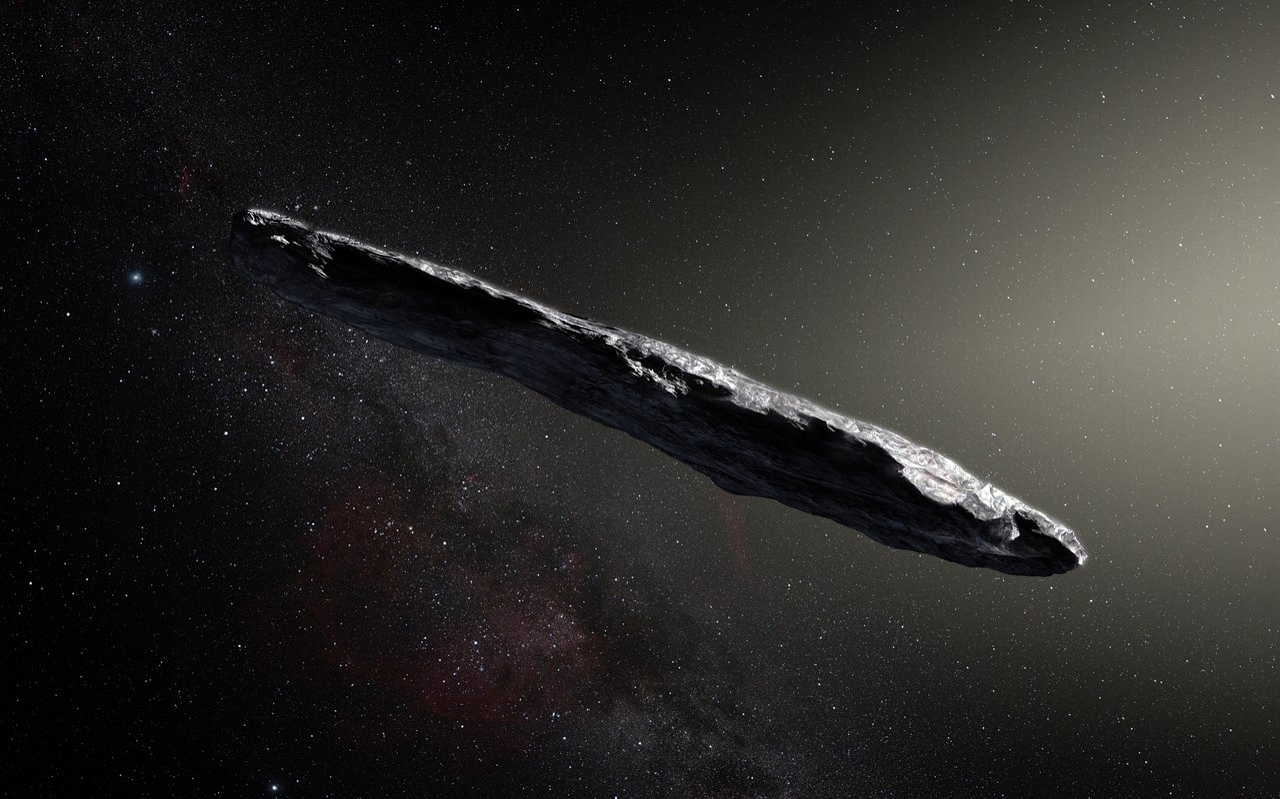 Late last year there was much excitement within the planetary science community, about the first interstellar object to be discovered passing through our Solar System. I'll tell the story of the discovery of 1I/'Oumuamua, the scramble to observe it before it left, and what we learned about it. This small body was first spotted by the Pan-STARRS survey telescope in Hawaii, at the very limit of its capabilities, and its announcement triggered requests from astronomers to use the largest telescopes all over the world to observe this visitor. There was only a short window of opportunity, around a week long, while it was bright enough to be seen with even the best telescopes. Although interstellar comets had been predicted, almost nothing about 'Oumuamua was as expected, with surprising results including its very elongated shape (much more extreme than any asteroid or comet in our own Solar System) and lack of obvious cometary activity. There was a long debate about whether ‘Oumuamua is a comet or an asteroid, and how it could have formed and evolved during its long trek through interstellar space. These results tell us not just about this unusual visitor, but about the system it came from, and about the process of planet formation itself.

Dr Colin Snodgrass is a Chancellors Fellow at the University of Edinburgh, where he combines research into comets and asteroids with work on the commercial innovation opportunities brought by space data and technology. He was previously an Ernest Rutherford Senior Research Fellow at the Open University, a Marie Curie fellow at the Max Planck Institute for Solar System Research in Germany, and worked at the European Southern Observatory in Chile. He obtained his PhD in 2006, from Queen’s University Belfast, based on the study of the nuclei of comets. He was part of the team responsible for the European Space Agency Rosetta mission, which landed on comet 67P/Churyumov-Gerasimenko in 2014, and is an expert in studying comets and asteroids using large telescopes on Earth.

Tickets can be obtained from eventbrite here.

Doors open at 12.30 pm. Please be aware that there is no admittance once the lecture begins at 1 pm, as tickets will be reallocated to those queuing for no-shows. Thank you.