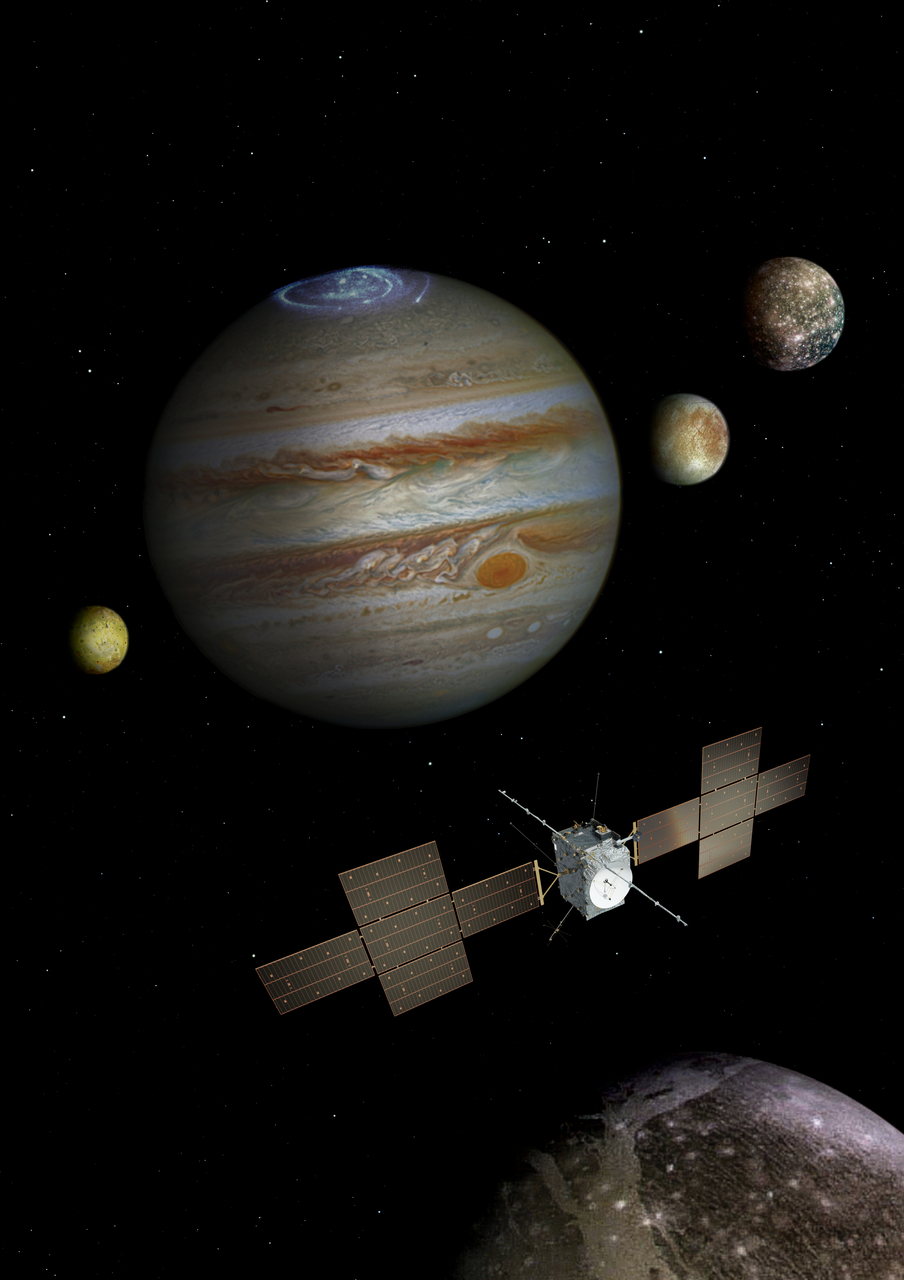 Jupiter has many natural satellites, more than 60 in total, but when most people talk of the Jovian moons they are speaking of the Galilean moons, so-called as it was Galileo Galilei who first spotted these four diverse worlds through his telescope back in 1610. Since that time they have held a special place in our solar system. They have changed the way we view the Universe: fiery Io, smooth icy Europa, planet-sized Ganymede, and scar-covered Callisto. Not only are they fascinating in their own right, but together they form a solar system in miniature around majestic Jupiter, interacting with their parent planet and the surrounding environment through the forces of gravity and electromagnetism.  The spectacular results of these processes range from sub-surface oceans to auroral emissions.  This talk will introduce the basic properties of these mysterious moons and showcase the future European Space Agency mission, the JUpiter ICy moons Explorer (JUICE) which will tour Jupiter, make multiple visits to Europa and Callisto, and finally be the first spacecraft to orbit the icy moon Ganymede. The mission is due for launch in 2022, and will reach the Jupiter system in 2030.

Professor Emma Bunce is a planetary scientist working at the University of Leicester. She is involved in multiple high-profile space missions exploring our solar system including Cassini at Saturn, Juno at Jupiter, BepiColombo at Mercury, and the future JUpiter ICy moons Explorer (JUICE) mission to Ganymede. She uses the data from these missions to answer fundamental questions about these diverse solar system objects. She is the principal investigator on an instrument called the Mercury Imaging X-ray Spectrometer, part of the BepiColombo payload which will launch to Mercury in October 2018. She played a key role in the definition of and proposal for the JUICE mission, and will be working on two of the instrument teams from that mission when it arrives in the Jupiter system in 2030. She has published approximately 100 scientific papers on solar system science, and has received multiple awards in recognition of her work. Most recently she was awarded the RAS Chapman Medal for her research on the gas giant planets.

Doors open at 12.30 pm. Please be aware that there is no admittance once the lecture begins at 1 pm, as tickets will be reallocated to those queuing for no-shows. Thank you.