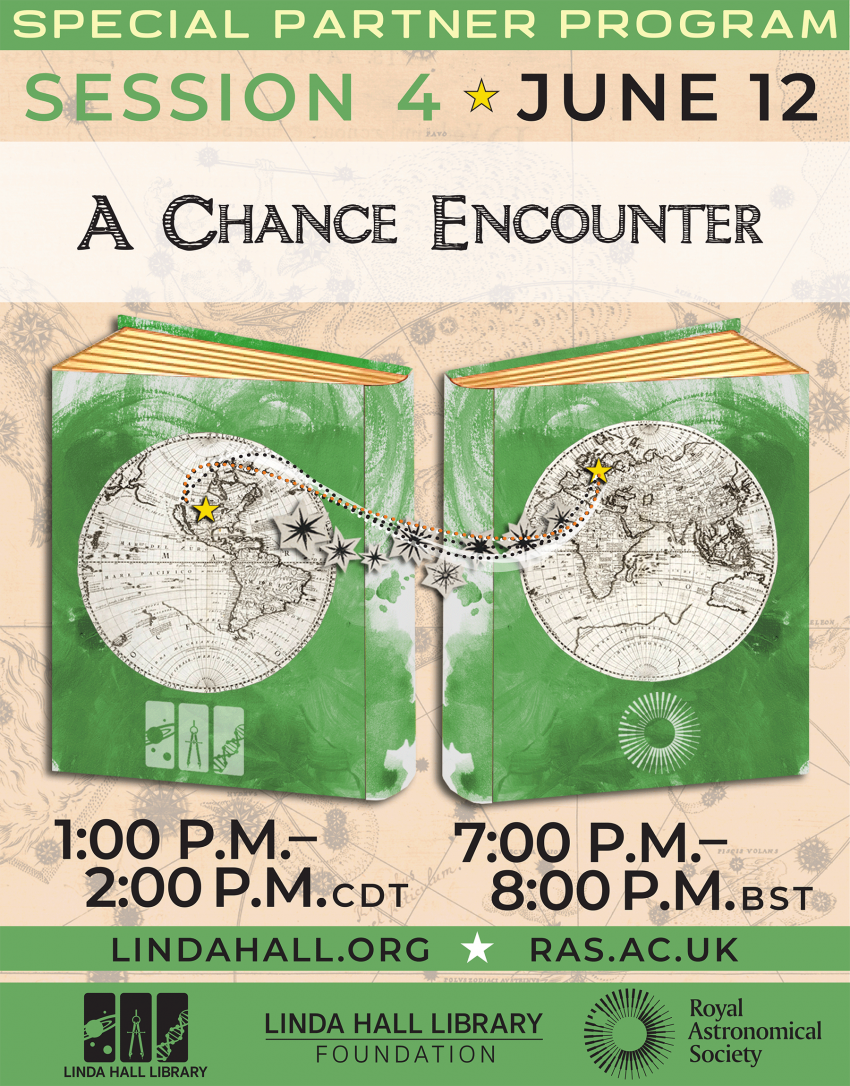 For the fourth and final discussion in this series of livestreams, we focus on a manuscript compiled by a woman in 19th century England and look at how people learned astronomy.

For the final session, Sian and Jason will focus on their overlapping collections and specifically on a manuscript held by Linda Hall Library written by Charlotte, Lady Brooke Pechell. Her youngest son, Samuel, was a fellow of the Royal Society. Sian and Jason will also discuss the development of astronomy education in Britain using two sets of cards in their collections.

Visit our Eventbrite page to register for this online event.

Additional talks in this series:

22 May: Overlapping Collections Across the Atlantic

29 May: Things that Give You Stars in Your Eyes: Digitized collection highlights from the Royal Astronomical Society and the Linda Hall Library

5 June: Different Objectives: Archival collections at the Royal Astronomical Society that led to printed works at the Linda Hall Library

Jason W. Dean is Vice President for Special Collections at the Linda Hall Library. Prior to coming to the Library, Jason was Director of Special Collections & Archives at Southwestern University. He has previously held positions at the University of Arkansas and Crystal Bridges Museum of American Art. He earned an undergraduate degree in history from Hardin-Simmons University and his MS in Library and Information Science from Syracuse University. Jason has also completed coursework at Rare Book School at the University of Virginia. He is a member of the Grolier Club, and a past Institute of Library and Museum Services-Rare Book School fellow.