Gravitational waves and spacetime fireworks: A new era in astronomy 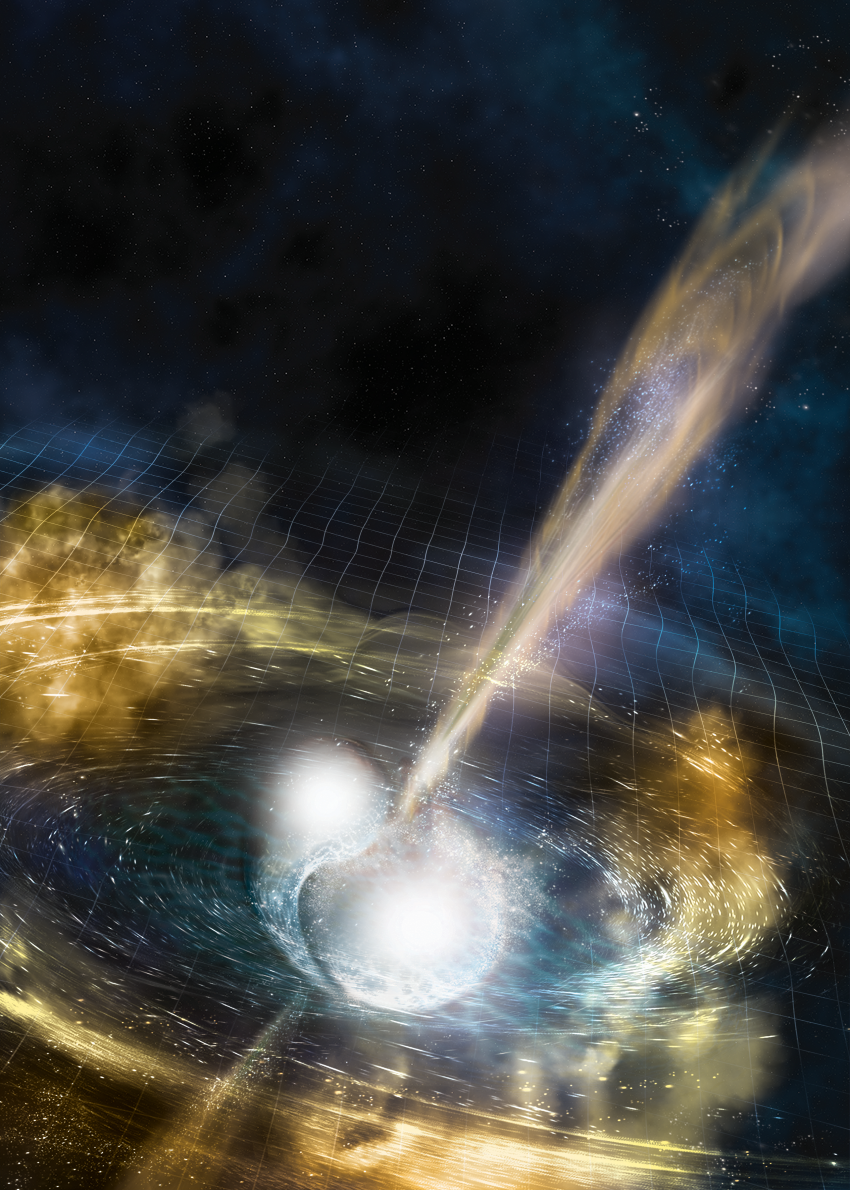 Gravitational waves were first detected in 2015, a hundred years since Einstein predicted this form of radiation as a fundamental consequence of his theory of general relativity. This first observation marked the beginning of a new era in astronomy, and of explorations of some of the most violent phenomena in the cosmos. We have discovered binary black holes, which we now know are abundant in our Universe. We have observed for the first time the collision of a pair of neutron stars that has set in motion a sequence of remarkable events tracked by astronomers across the electro-magnetic spectrum. During the last 10 months of science operation the gravitational-wave observatories LIGO and Virgo have recorded over 30 candidate signals from black holes and neutron stars and we are now hard at work to understand their properties and ready to be surprised once again. This is just the beginning of a new journey to unveil some of the best-kept secrets of the Universe. More ambitious projects are already on their way to allow us to probe even deeper into the Universe and discover new phenomena. These projects include the next generation ground-based laser interferometers – 10-km arm, cryogenic and underground instruments – and ESA’s Laser Interferometer Space Antenna (LISA), a 2.5 million-km gravitational-wave observatory. There will be many more surprises in the years and decades to come, and maybe sometime in the future we will even be able to capture the very first whisper of the infant universe when it was just a fraction of a second old.

Alberto Vecchio is Professor of Astrophysics at the University of Birmingham, and co-Founder and current Director of the Institute for Gravitational Wave Astronomy. His work spans many aspects of gravitational-wave science and observations. He is a member of the LIGO Team that detected gravitational waves in September 2015 and discovered the first binary black hole merger, and a member of the LISA Consortium. He is Royal Society Wolfson Fellow and co-recipient of the 2016 Special Breakthrough Prize in Fundamental Physics.

Doors open at 12.30 pm. Please be aware that there is no admittance once the lecture begins at 1 pm  as tickets will be reallocated to those queuing for no-shows.