Exploring Astronomy and Space Through Philately - A Brief Introduction 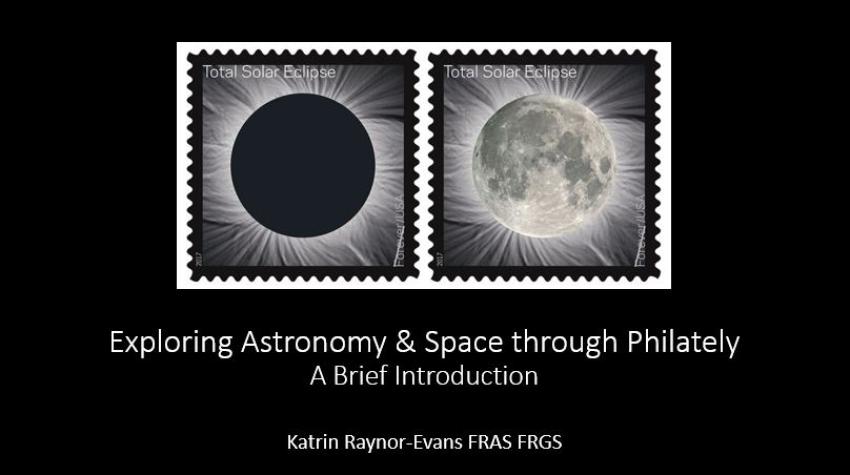 The first astronomy themed stamp dates to 1887 when Brazil issued a perforated stamp, buff and blue in colour, depicting the Southern Cross, an asterism seen in the southern hemisphere. Even throughout the 1800’s, stamps were being printed with astronomical watermarks, such as suns and stars and early stamps issued in Egypt were designed with a pyramid and star.

Over the decades, we have celebrated astronomy and space on stamps including comets, man on the moon and events in the astronomical calendar such as solar eclipses. Exploring Astronomy and Space Through Philately will take you on an out of this world journey looking at and discussing a selection of astronomy and space themed stamps that have been issued all over the world, proving that we can enjoy the wonders of the universe even on a cloudy night.

Katrin Raynor-Evans is a Fellow of the Royal Astronomical Society and Royal Geographical Society and also a member of the European Astronomical Society and Astro Space Stamp Society. She writes articles and interviews for popular astronomy magazines including the BBC Sky at Night, Astronomy, Stanley Gibbons and has a regular weekly column 'Thematic Thursday' for All About Stamps. She is co-authoring her first book and volunteers as a Program Producer for Astro Radio. Recently asteroid 446500 Katrinraynor was named after her.