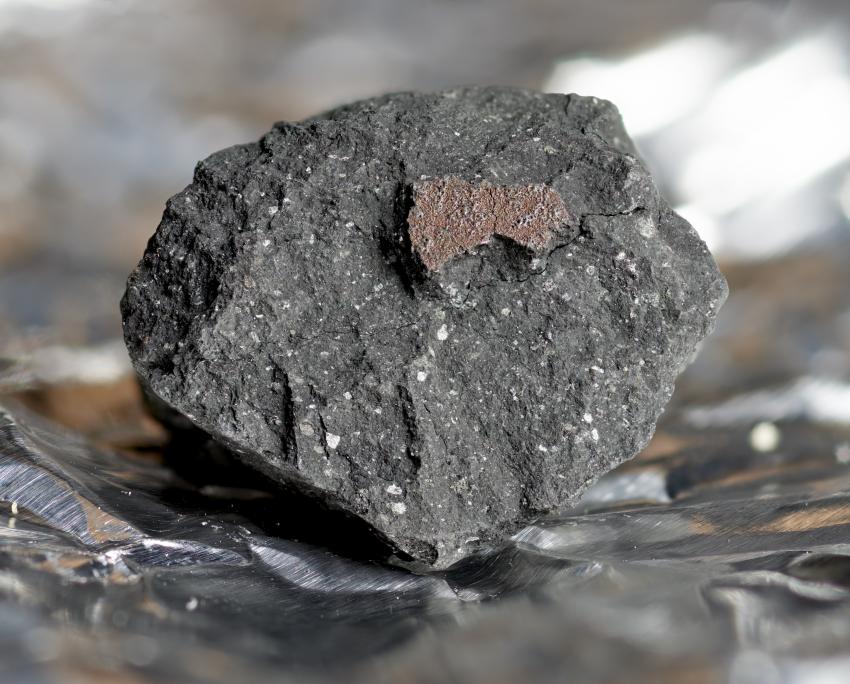 Credit
© The Trustees of the Natural History Museum

In the early stages of Solar System evolution, temperatures beyond the orbits of the gas giants were cold enough for volatile ices to condense out of the Solar Nebula gas. The outer Solar System was a reservoir from which volatile and organic-rich rocky planetesimals could form. These bodies are important as they were scattered inwards during periods of giant planet migration and could have contributed to the terrestrial planet volatile budget. Investigating samples from these bodies in the form of meteorites, micrometeorites, and samples returned from asteroids give us an opportunity to study the primitive composition of the protoplanetary disk and the distribution and transport of organics and volatiles during early Solar System evolution.

Our collection of outer Solar System material is mostly in the form of the aqueously altered CM and CI carbonaceous chondrites. These volatile-rich meteorites contain 3-5 wt% carbon and originate from asteroids that formed beyond the water snowline, with some rare meteorites, such as Tagish Lake, likely forming even further out. Cometary materials are represented in our collections by interplanetary dust particles (IDPs) and C-rich micrometeorites, and samples returned by NASA’s Stardust mission from the tail of comet Wild 2.

The recent return of ~5 g of the carbonaceous asteroid 162173 Ryugu to Earth by JAXA’s Hayabusa2 mission has further expanded our collection of outer Solar System materials, and in 2023 NASA’s OSIRIS-REx spacecraft is set to return with samples from the carbonaceous asteroid 101955 Bennu. These samples, combined with the successful recovery of numerous CM and CM-like carbonaceous chondrite falls (e.g. Mukundpura, Flensburg, Aguas Zarcas, Kolang, Tarda, and most recently Winchcombe), are set to transform our understanding of conditions in the early Solar System. The quick recovery of these meteorites, particularly in the case of Winchcombe, where the main mass was collected only 12 hours after the fireball was observed, means these samples are complementary to asteroid samples returned by spacecraft.

The aim of this meeting is to discuss recent discoveries made in relation to pristine outer Solar System materials. We will explore how studying these samples have advanced our understanding of the initial composition and conditions of the outer Solar System environment, and how they have evolved through time. This meeting will also be an opportunity to plan for future analyses of returned asteroid samples, new meteorite falls and targeted IDP/micrometeorite collections.