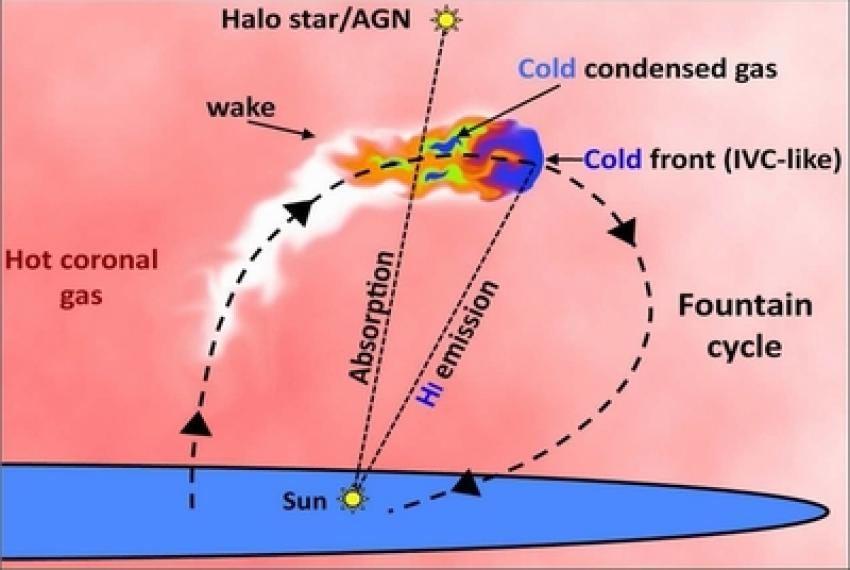 In our current cosmological picture, galaxies form out of two ingredients: gas and dark matter, with the latter still not directly detectable. Given that dark matter is the most abundant matter component in the Universe, it provides most of the gravity, but it is the gas that eventually produces the variety of beautiful structures that we observe with our telescopes. In general terms, all galaxies are thought to form and evolve as a consequence of the accumulation of gas at the centres of their dark matter halos, but how this process, called gas accretion, takes place is still a matter of considerable debate. The main consequence of gas accretion into galaxies is the formation of stars in regions where the gas reaches the highest densities. This produces yet another key process that we call stellar or supernova feedback that, in turn, modifies the properties of the surrounding gas and of the gas accretion itself.

In my lecture, after an introduction to the problem of gas accretion into galaxies, I will describe the way in which star-forming (disc) galaxies like our Milky Way gather their gas. The mechanism is called "fountain accretion" and it is ultimately powered by supernova feedback in galaxy discs. The idea is that any sizeable galaxy, after its early formation, ends up being surrounded by a hot gaseous halo that, due to the long cooling time, cannot easily accrete onto the disc. However, supernova explosions continuously eject cold and chemically enriched gas from the disc into the surroundings and this cold material mixes with the hot halo gas making it condense very rapidly. As the ejected gas comes back to the disc (galactic fountain cycle) it also brings condensed gas, which constitutes fresh accretion for the subsequent star formation. This fountain accretion explains why spiral galaxies keep accreting gas long after the formation of a hot halo. In the Milky Way this has likely been the accretion mechanism that led to the formation of most disc stars, including our Sun.

Filippo Fraternali is Professor of Gas Dynamics and Evolution of Galaxies at the Kapteyn Astronomical Institute of the University of Groningen (NL). He obtained his PhD from the University of Bologna (Italy), where he was an assistant professor between 2006 and 2017. He did postdoctoral research in the Netherlands and was a Marie-Curie fellow at the University of Oxford (UK). He has published more than 100 scientific papers on various astrophysical topics and he is co-author of the textbook Introduction to galaxy formation and evolution, edited by Cambridge University Press. He is a recipient of the Friedrich Wilhelm Bessel prize of the Alexander von Humboldt foundation and of the George Darwin Lectureship 2021 Award of the Royal Astronomical Society.