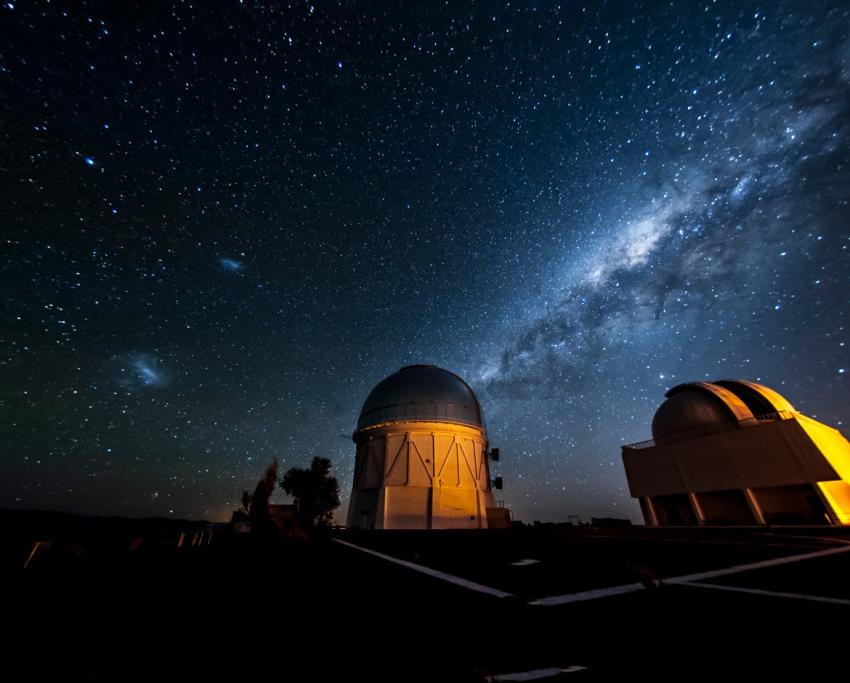 Over the century since Henrietta Leavitt died, the observation that she first published in 1908, then elaborated in 1912, has achieved the status of an astrophysical law. Before the age and extent of the cosmos were known, she discovered a “yardstick” for gauging distances across space. That finding enabled the first realistic appreciation of the size of Earth’s home galaxy, and, soon afterward, the breadth of the chasm separating the Milky Way from other island universes.

Dava Sobel is the author of several books about the history of astronomy, including Longitude, Galileo’s Daughter, The Planets, A More Perfect Heaven, and most recently, The Glass Universe. She also edits the monthly poetry column, called “Meter,” in Scientific American.

Dark energy and dark matter, which comprise 95% of our Universe, are responsible for the accelerated expansion of our Universe and the gluing together of galaxies.  Using a technique called weak gravitational lensing, we are able to test our standard cosmological model, cornerstone of which are these dark entities.  I will demonstrate how we use data from the US Dark Energy Survey (DES) and the ESO Kilo-Degree Survey (KiDS), which survey the night sky to map over a hundred million galaxies, to detect the minuscule distortions in their shapes that arise as their starlight is deflected by dark matter on its journey across the Universe to our telescopes, and infer the distances to them using their colours. With the international teams, we use that information to constrain the parameters that describe the cosmological model, and compare to results from the early Universe, thereby testing the model over cosmic time. With these unprecedented measurements, we find intriguing findings, that we hope might shed some light on our Dark Universe.

Dr. Alexandra Amon is an astrophysicist based at Cambridge University on a Senior Kavli Fellowship. Her research focuses on cosmology and our understanding of the Dark Universe, mostly using a tool called ‘weak gravitational lensing’. At present, she coordinates the lensing team from the Dark Energy Survey - a large international collaboration. After growing up in Trinidad and Tobago, Dr. Amon studied at the University of Edinburgh, and then took a research fellowship at Stanford University. Her doctorate thesis, titled “Cosmology with the Kilo-Degree Lensing Survey”, won the Royal Astronomical Society Michael Penston Thesis Prize for the best PhD in the field. In addition, she was the runner up for the UK’s Institute of Physics Jocelyn Bell Burnell Medal for the woman who has made exceptional contributions to the field of physics. Popular in science communication, she has featured on Al Jazerra’s The Stream and PBS ‘Ancient Skies’.