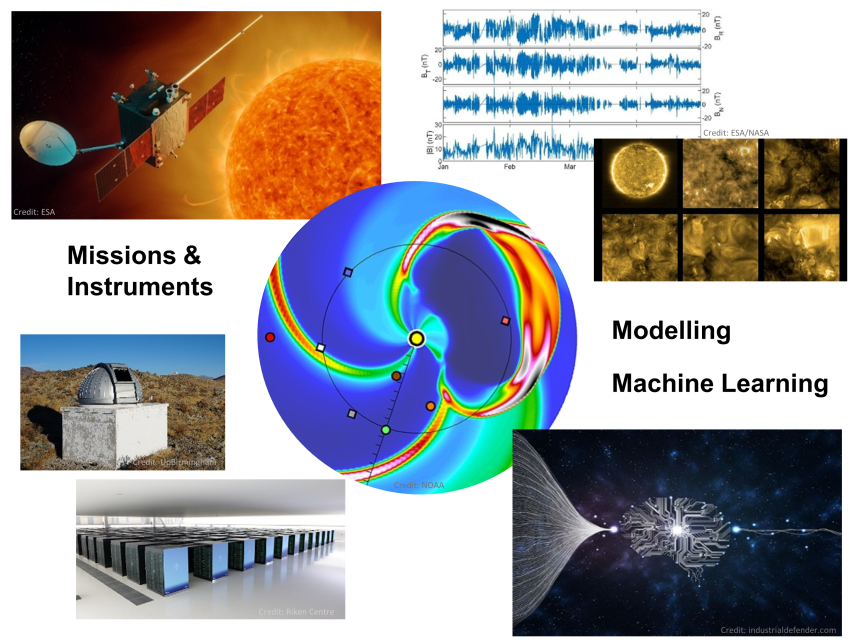 This meeting will be held virtually using zoom

The UK has world leading heliophysics and space weather programmes with, for example, major involvement in operating space missions such as SOHO, STEREO and Solar Orbiter, ground-based facilities such as BISON and LOFAR, and the creation of the MET Office Space Weather Operations Centre. Notably, currently under development, is the ESA Vigil (formerly known as Lagrange) operational space weather mission to the Lagrange L5 point in which the UK has invested heavily via ESA’s Space Safety Programme. In tandem with further L1 missions under development, Vigil will underpin a wave of new research opportunities aimed at increasing predictive capabilities for space weather forecasting.

As we enter the era of satellite mega-constellations and domestic rocket launches, and with the NASA/ESA Lunar Gateway Space Station due to be stationed outside the protective influence of the Earth’s magnetic field, there is a strong need to better understand the fundamental link between solar and interplanetary space weather and the near-Earth environment. As we observe increasing solar activity in Solar Cycle 25, a community wide effort is required to coordinate and synergise current and future developments.

We invite contributions from academic and space weather communities on all aspects of solar- and helio-physics starting from the solar surface, extending out through the solar corona, into the solar wind, and out to Earth’s orbit and beyond. The meeting will focus on three key themes: