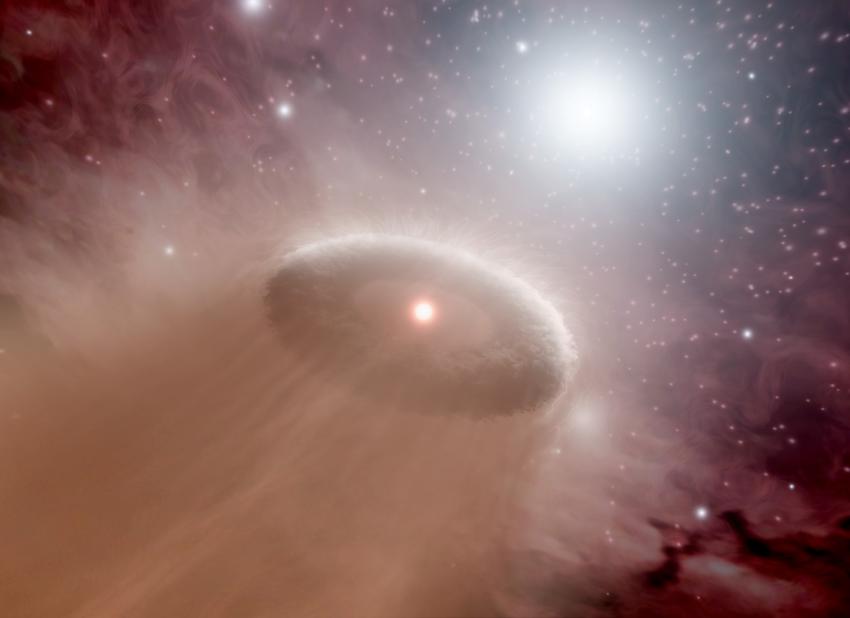 Book a Fellows October SDM In Person or Online ticket

This Meeting will be taking place at the Linnean Society of London, Burlington House, Piccadilly, London.

Protoplanetary discs are now widely accepted as being the birthplace for exoplanets, and so understanding how they form, evolve and disperse, is crucial when considering how planets themselves form and evolve. In the last decade, the quality of observations of protoplanetary discs has advanced dramatically mainly thanks to new observatories and instruments such as ALMA and SPHERE. These observations have given significant insights into the structures and properties of protoplanetary discs at different points of their lifetimes. This has intensified interest and theoretical research in protoplanetary discs with the aims of understanding the properties and evolution of such discs, both with individual snapshots at a specific time, and also how they generally evolve on million year time-scales.

Recent developments have been made in understanding disc dispersal mechanisms such as magnetically driven and photoevaporative winds, with these mechanisms attempting to explain the evolutionary behaviour of protoplanetary discs based on their properties and the environments in which they inhabit. Whilst there are numerous theoretical mechanisms for the evolution of such discs, they are rarely used in tandem, and as such it still remains unclear within the community which mechanisms influence or indeed dominate the evolution of protoplanetary discs seen in observations.

Book a Fellows October SDM In Person or Online ticket