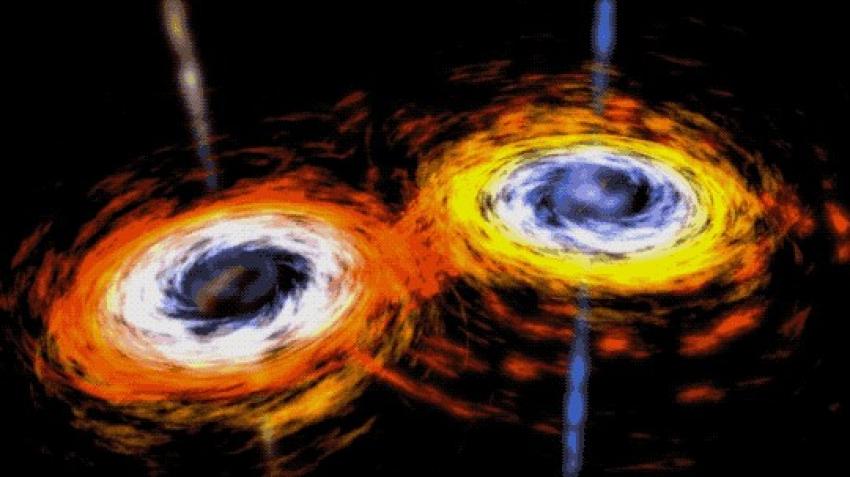 Supermassive black hole binaries are a consequence of hierarchical galaxy evolution and have long been predicted to exist. Their observational signatures are manifold. After a galaxy merger where each of the galaxies contained a supermassive black hole, both black holes are expected to move to the centre of the new galaxy by interactions with the stellar population, thus leaving an imprint on the galaxy structure. Stars are expected to be disrupted during the process in intense transient events. Gas and black holes can reach the galactic nucleus on the same timescale, thus providing scope for binary specific gas accretion features, such as double-peaked broad emission lines.

If a jet is produced, the orbital motion may cause it to process on parsec scales. If the spin of the jet producing black hole is misaligned with the orbital angular momentum, long-period precession can result, which may explain characteristic features in radio maps of large-scale jet sources. As the binary hardens, the gravitational wave emission increases up to the black hole merger, and there is realistic hope to detect this emission in the future with pulsar timing arrays (PTA).The purpose of this meeting is to bring the different communities together to discuss the overall status of the observational evidence for supermassive black hole binaries.