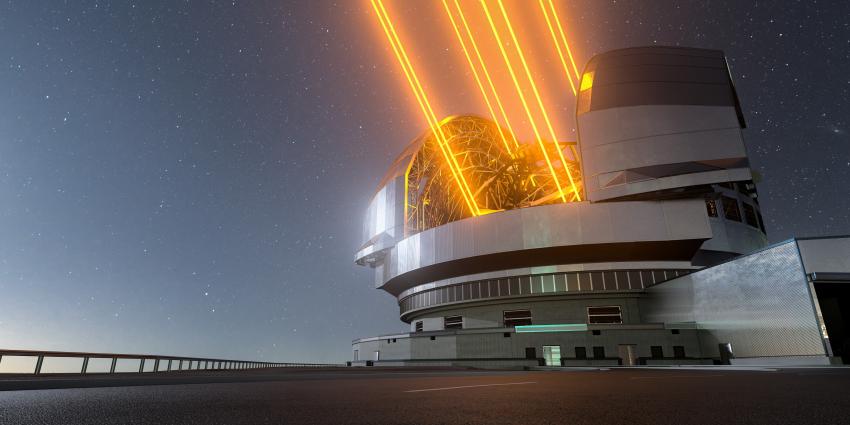 To register for this event, please go to Eventbrite:

With a primary mirror of diameter 39m (about 20% larger than Stone Henge's Sarsen Circle), the European Southern Observatory's (ESO) Extremely Large Telescope (ELT) will be the "World's Biggest Eye on the Sky" operating in the visible to infrared (IR) wavelength range.  The ELT will collect 13 times more light than the largest visible/IR telescopes today allowing us to peer deeper and further in the Universe than ever before. Using novel technologies (including adaptive optics) to overcome the effect of the atmosphere, the ELT will be able to take images of the sky in exquisite detail, 16 times sharper than the Hubble Space Telescope. This deeper and finer view of the Universe will help to address many exciting open questions in contemporary astrophysics and cosmology, including the nature of extra-solar planets and the first galaxies to form stars at the edge of the visible Universe. More excitingly, it will make many discoveries, raising new questions. In this talk, I will describe the major steps in telescope design that have led up to the forthcoming era of extremely large telescopes and some of the scientific questions they will address. The next decade will witness exciting new discoveries in the Universe with facilities like the ELTs, the James Webb Space Telescope, the Vera C. Rubin Observatory, and the Square Kilometre Array (to name but a few) becoming operational. In this landscape, the ELT will play a central role in delivering ground-breaking science contributing to our evolving understanding of the Universe.

Aprajita Verma is a Senior Researcher and Project Scientist for the UK Extremely Large Telescope Programme at the University of Oxford. After receiving her PhD followed by a short post-doc in the Astrophysics Group at Imperial College (London), Aprajita was science research staff at the Max Planck Institute for Extraterrestrial Physics (Garching, Germany, 2001-2006), and subsequently joined the Sub-department of Astrophysics at the University of Oxford (2006-present). Her research interests cover a wide range of extragalactic topics, including dust obscured star-forming and black hole hosting galaxies, high-redshift (distant) galaxies and gravitational lensing. She is a founding member and co-lead of 'Space Warps', the Zooniverse Citizen Science project to find gravitational lenses and is a co-chair of the Vera C. Rubin Observatory Strong Lensing Science Collaboration. Aprajita regularly gives public talks on her research and the ELT.