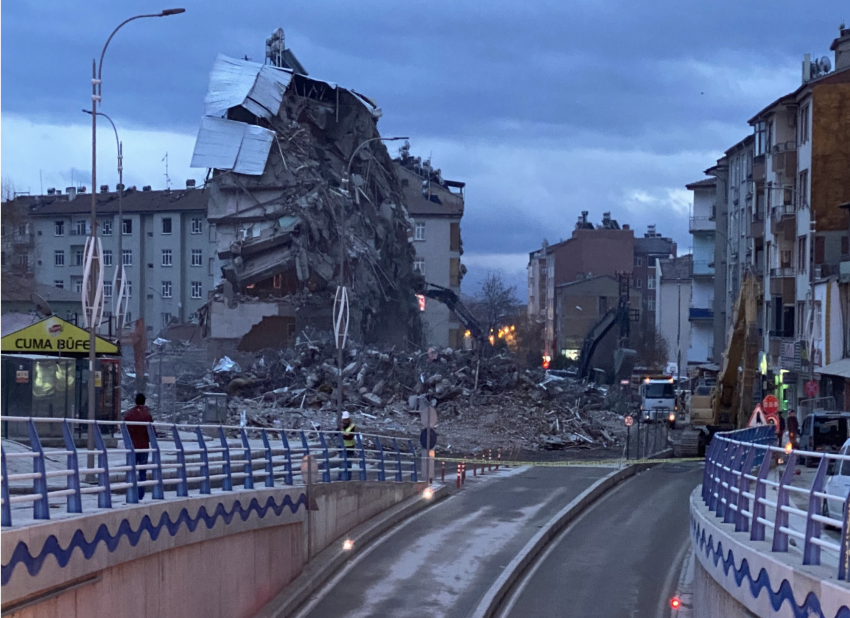 A building that collapsed during the January 2020 Turkey earthquake, which occurred in one of the high strain zones.
Credit
Photo courtesy Roger Bilham, University of Colorado
Licence type
All Rights Reserved

You can register to attend this online event via Eventbrite here: https://www.eventbrite.co.uk/e/ras-bicentenary-free-public-lecture-tim-wright-at-6pm-tickets-119559604997

An earlier session at 1pm is available here:  https://www.eventbrite.co.uk/e/ras-bicentenary-free-public-lecture-tim-wright-at-1pm-tickets-119557083455

In the last twenty years, earthquakes have caused the deaths of nearly 1 million people and volcanic activity has resulted in hundreds of thousands of people being evacuated from their homes. These events also cause major economic disruption, with aftereffects ranging from the destruction of buildings and infrastructure to airspace closures. Scientists in COMET* are at the forefront of international efforts to monitor our hazardous planet using satellites. COMET scientists are now providing critical information to decision makers around the world so that they can prepare for and quickly respond to earthquakes and eruptions. In this lecture, I will show how satellites are used to monitor tiny ground movements with extraordinary accuracy and explain how understanding these movements can help us forecast where future earthquakes will occur and when volcanoes might erupt.

*COMET is the UK Natural Environment Research Council’s Centre for the Observation and Modelling of Earthquakes, Volcanoes and Tectonics.

Tim Wright is Professor of Satellite Geodesy at the University of Leeds and Director of COMET. His work has been at the forefront of developing the use of satellite radar for measuring tectonic and volcanic deformation. He was the first to measure the slow accumulation of tectonic strain around active faults with satellite radar, and he is currently leading a major project using the latest satellites to map how all the continents are deforming. In 2018 he co-founded a spinout company, Satsense Ltd, which is monitoring ground movement in the UK at high resolution. Tim has received several awards for his work including the 2014 Geodesy Section Award from the American Geophysical Union, the 2015 Bullerwell Lectureship from the British Geophysical Association, and the 2017 Harold Jeffreys Lectureship from the Royal Astronomical Society. In 2018, COMET was awarded the Royal Astronomical Society’s Group Achievement award in Geophysics. 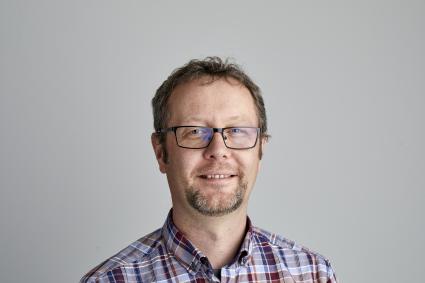 Tim Wright is Professor of Satellite Geodesy at the University of Leeds and Director of COMET.
Credit
Tim Wright
Licence type
All Rights Reserved
Venue Address