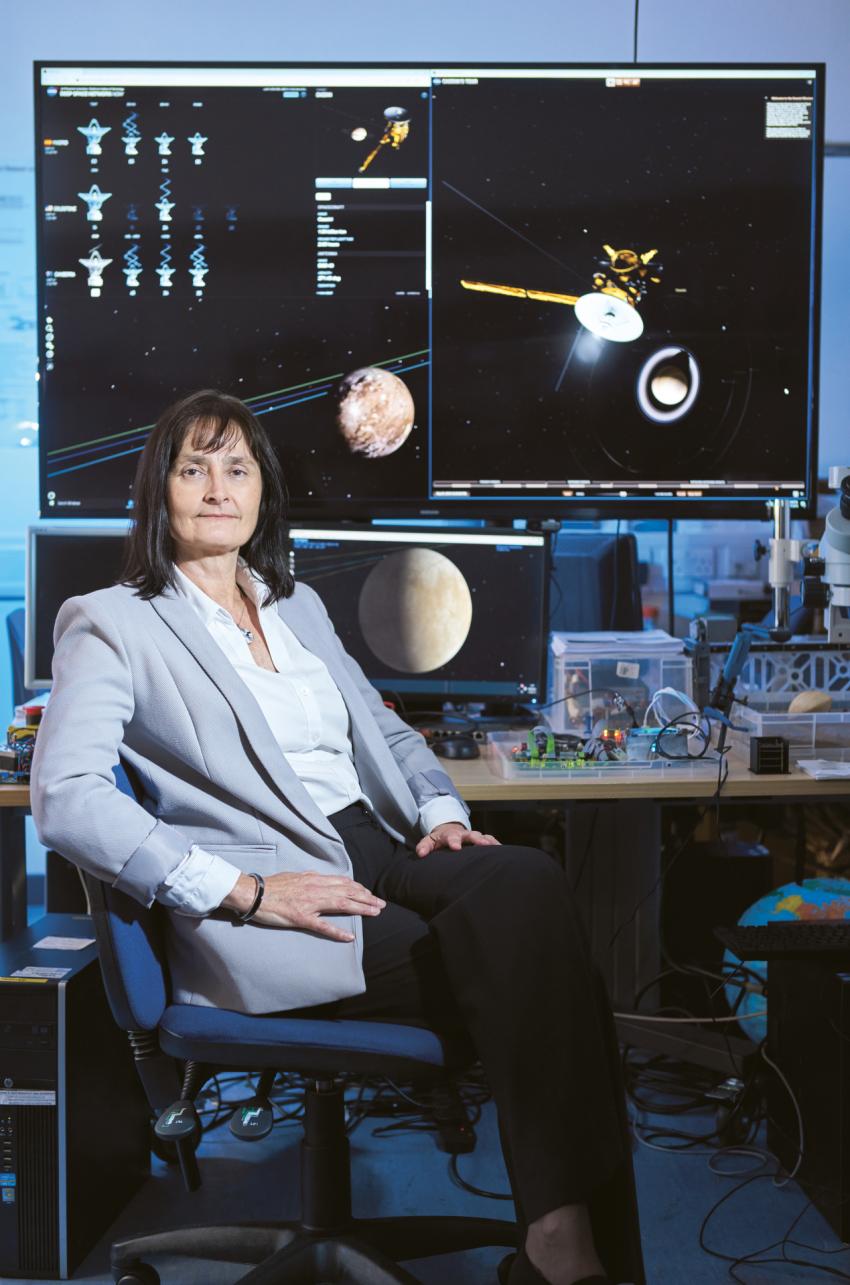 This special Bicentenary Talk is an online event and has been scheduled for Friday 30th October at 1pm.

You can register to attend this online event via Eventbrite here: https://www.eventbrite.co.uk/e/ras-bicentenary-free-public-lecture-michele-dougherty-1pm-tickets-126772789827

In September 2017, the NASA/ESA Cassini-Huygens spacecraft mission ended its 20 years in space by burning up in Saturn’s atmosphere. The end of mission orbits were designed to better understand the interior of Saturn and its magnetic field. These end of mission results will be described as well as some of the other surprising discoveries made during the orbital tour at Saturn, including water vapour plumes at the small moon Enceladus and implications this has for potential habitability.

Michele Dougherty is Professor of Space Physics at Imperial College London. She is leading un-crewed exploratory missions to Saturn and Jupiter and was the Principal Investigator for the magnetometer instrument onboard the Cassini mission to Saturn as well as being the Principal Investigator the magnetometer for the JUpiter ICy moons Explorer (JUICE) of the European Space Agency due for launch in June 2022. She is Head of the Physics Department, is a Fellow of the Royal Society, was awarded the Royal Astronomical Society Geophysics Gold medal in 2017, was awarded a CBE in the 2018 New Year’s Honours List, and was awarded the Institute of Physics Richard Glazebrook Gold Medal and Prize.