Friends of RAS (only) Lecture: The Square Kilometre Array: the radio telescope of the XXI century 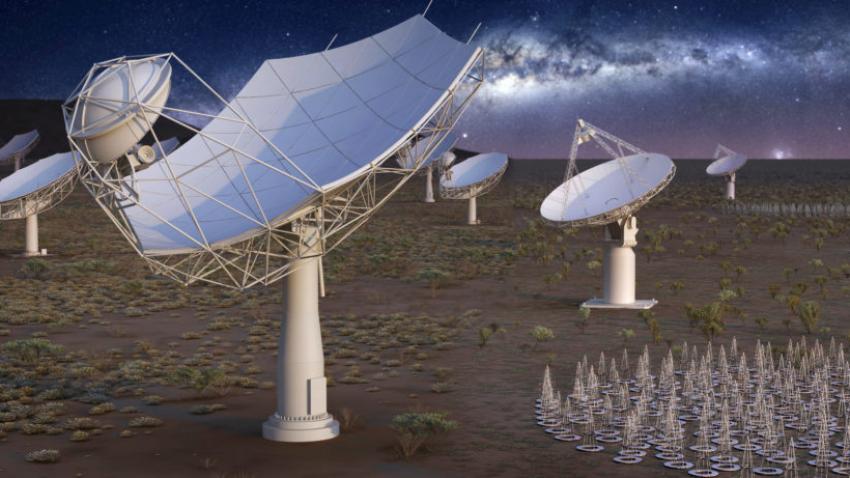 The Square Kilometre Array (SKA) will be the world’s largest and most sensitive radio telescope. It will be a transformative instrument that will address fundamental unanswered questions about our Universe. Key science projects include testing General Relativity, detecting gravitational waves, exploring the formation of the first stars and galaxies in the Universe, measuring how dark energy is accelerating the expansion of the Universe, investigating the role of magnetism in the cosmos, and searching for life beyond the Earth. This project envisages the construction of 133 15-m antennas in South Africa and 131,072 log-periodic antennas in Australia, together with the associated infrastructure in the two desert sites. In addition, the SKA is an exemplar Big Data project, with data rates of around 10 Tbps being transported out of the telescope to HPC facilities. Furthermore, in order for the SKA to work as an interferometer, it is essential that phase coherence is maintained across the whole telescope. This implies that a pico-second accuracy frequency and clock signal must be distributed from a central clock to all the antennas. Both the data transport and timing systems have been designed by an international consortium of 14 different institutions led by the University of Manchester team located at Jodrell Bank.

Keith did his PhD at Cambridge studying clusters of galaxies and measuring the Hubble Constant, the rate of expansion of the Universe. Since then he has worked on the design, construction, commissioning and science results from two telescopes observing the Cosmic Microwave Background. The first of these, the Very Small Array was located on Tenerife and measured the curvature, matter density and age of the Universe. The second, the Arcminute Microkelvin Imager, performs a range of science including follow-up of transient phenomena, spinning dust observations and galaxy cluster imaging. Keith now leads one of the SKA Design Consortia, designing the Signal and Data Transport networks, which are the backbone of the telescope.