Friends of the RAS (only) Lecture: Seeing the Invisible: New Ways to Map the Cosmos 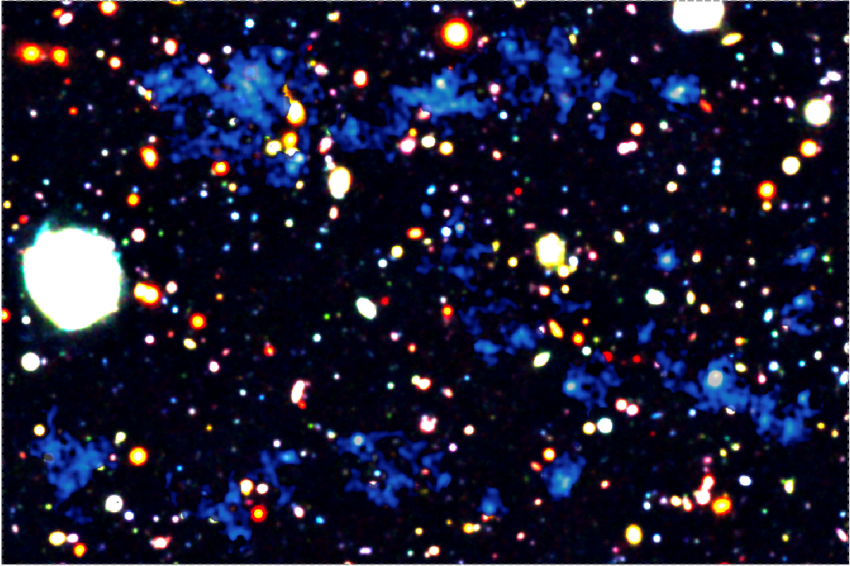 A fundamental prediction of the current cosmological model is that galaxies form at the intersection of a network of filaments, which compose the Cosmic Web. Entangled in these filaments, galaxies are part of a cosmic ecosystem in which the interactions with their surroundings shape and drive their evolution. Due to the diffuse nature of the Cosmic Web, it has been extraordinarily challenging to see this medium directly even with the most powerful telescopes. This talk will present how ground-breaking technological developments in instrumentation have recently allowed for a revolution in our view of the link between the Cosmic Web and galaxies, enabling us to capture at last the first images of these elusive filaments. The relevance of these observations for our appreciation of how galaxies assemble and evolve into the objects we see today in the Universe will also be discussed.

Michele Fumagalli is a full professor at the University of Milano-Bicocca in Italy and a visiting professor at Durham University in the UK. He studies the formation and evolution of galaxies in relationship to their surroundings, combining observations from the largest telescopes and state-of-the-art cosmological simulations. He earned his PhD in astrophysics in 2012 at the University of California, Santa Cruz, and between 2012 and 2013 worked at Princeton University and Carnegie Observatory, where he occupied the office owned by Albert Einstein. In 2014, he joined Durham University, where he quickly became full professor aged 34 before moving in 2020 at the University of Milano-Bicocca in Italy. During his career, he has been awarded several international fellowships and prizes at leading research centres, such as Princeton University, Harvard University and the University of California, Berkeley. His research has attracted funding for over 2.5 millions, including a prestigious European Research Council Starting Grant for young researchers. He is active member of several international collaborations and committees. His works are regularly published in high-impact journals, including Nature and Science.