Friends of the RAS (only) lecture: Dark matter: the architect of our Universe 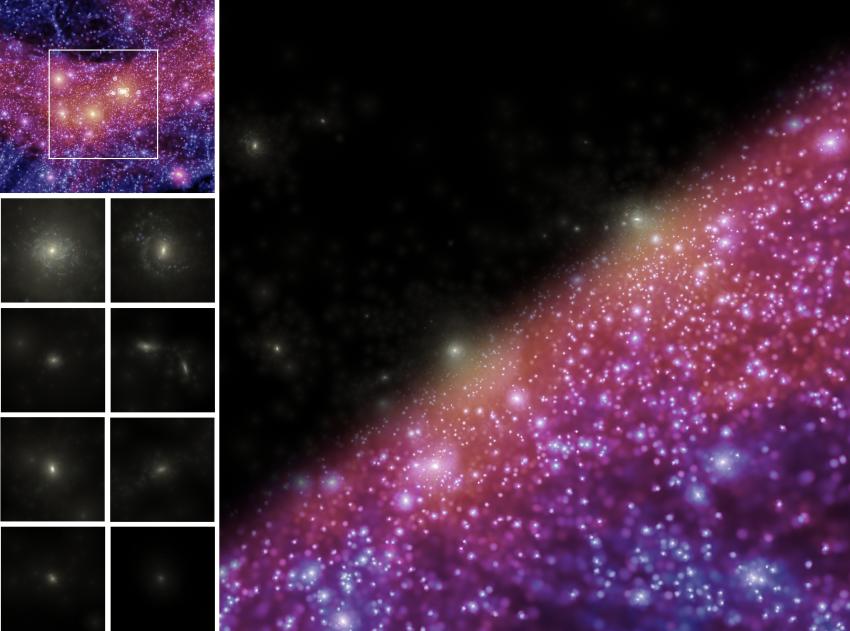 Side panels: the distribution of dark matter in an around the Local Group (top); images of simulated galaxies - the Milky Way, M31 and a selection of satellites.

Cosmology addresses some of the most fundamental questions in science. How and when did our universe begin? What is it made of? How did galaxies form?  Recent observations have established that our universe contains an unexpected mix of components: ordinary atoms, exotic dark matter and a new form of energy called dark energy. The dark matter plays the key role in generating the structures, such as galaxies, that we see in the universe around us.  With suitable assumptions about its nature, large supercomputer simulations can recreate the evolution of the universe in astonishing detail.  A coherent picture of cosmic evolution, going back to a tiny fraction of a second after the Big Bang, is beginning to emerge. However, fundamental issues, like the identity of the dark matter remain unresolved.

Carlos Frenk is the Ogden Professor of Fundamental Physics and founder and Director until 2020 of the Institute for Computational Cosmology, Durham University's world-renowned theoretical cosmology research group.  He is one of the originators of the ``Cold dark matter'' theory of cosmology.  Using some of the most powerful supercomputers in the world, Frenk and collaborators  build models of how our Universe evolved from the Big Bang to the present and how galaxies and other structures formed.  Frenk has published over 500 scientific papers and is one of the most frequently cited authors in the space science literature.  He was elected Fellow of the Royal Society in 2004 and has received numerous prizes, including the Gold Medal of the Royal Astronomical Society, the Rumford medal of the Royal Society, the Dirac medal of the Institute of Physics, the Max Born medal of the German Physics Society, the Gruber Cosmology prize, the Hoyle medal, the George Darwin Prize, the Alexander von Humboldt Fellowship, the Oort Professorship, etc. He was awarded a CBE in the 2017 Queen's birthday honours list. He served in the Council of the Royal Society during 2012-2015 and is currently the chair of the Royal Society Public Engagement Committee. He features regularly on radio and TV.