Friends of the RAS (only) Lecture: Cocktails and Ice (or what cold molecules can teach us about star formation) 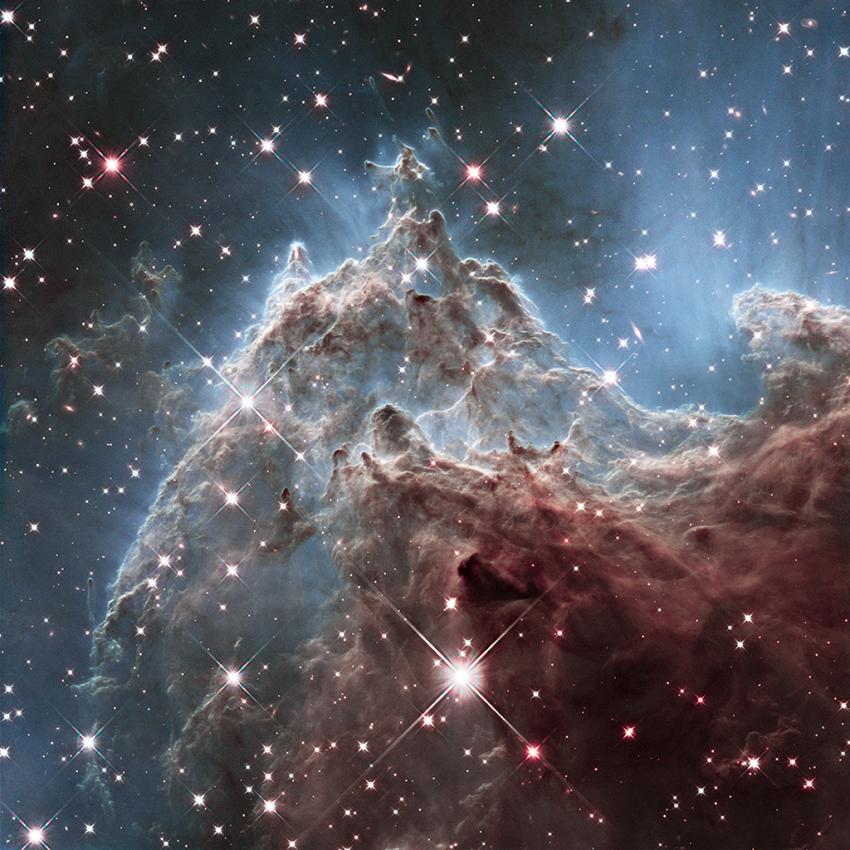 In the coldest darkest regions of space between the stars, the interstellar medium, the molecular chemistry starts that eventually impacts how stars form, the origins of planets, and set the ingredients from which life almost certainly emerges. But in places where the temperature is only 10 degrees above absolute zero, and the density of material around 18 orders of magnitude below that in the room around you now - how does chemistry happen. The key is ice! Not just water ice (which happens to be ubiquitous in our universe) but ices of other volatile chemicals, such as carbon monoxide (CO), and alcohols. In fact the linchpin to complex chemistry is methanol - perhaps not one for your cocktails on ice - but come join me to find out what is spilling over the edge of our icy cocktail glass in the chemical nanofactories of the galaxy.

Dr Helen Fraser leads the Astrochemistry Group at the OU. Her research focuses on the formation of stars and planets and the possibility of life elsewhere than Earth. Uniquely in the UK, she combines observational astronomy with theoretical chemistry and laboratory-based experiments to study how the largest molecular reservoirs in space, ices, lead to chemical diversity in star- and planet- forming regions and /or act as the "glue" in the earliest stages of planet formation. She exploits facilities such as the ISIS Neutron Source (UK) and parabolic flights (ESA) as well as ground and space-based telescopes to achieve her research goals. At the OU she directs three different laboratories focused on Astrochemistry research. Helen completed her PhD at the University of Cambridge in Physical Chemistry, after obtaining a double 1st in Physics and Chemistry at Manchester. She has worked across the world and now collaborates with numerous colleagues in Germany, France, USA, Japan, Denmark and Sweden. In 2020 Helen was one of the team which announced the detection of PH3 in the cloud-decks of Venus. Helen was previously a member of RAS Council - and in her term, helped found and kick-start the RAS 200 initiative, as well as organising a memorial at the National Space Centre for Sir Patrick Moore. She is now president of the IAU (International Astronomical Union) Commission on Laboratory Astrophysics, has chaired the Space Environments Working Group for the UKSA, and been involved in a variety of microgravity-related activities and in strategic development of UK Spaceports. She has served on numerous national advisory bodies in UKSA, EPSRC and STFC, and is now heavily involved in the "next generation" of astronomical advances, including ELT (Metis instrument) JWST and ISS experiments. She currently leads the Open University's Introductory Astronomy module . Helen has previously worked with Alexandra Mir on an art-astronomy project, and loves to share her enthusiasm for science via talks, media and teaching.