Total Lunar Eclipse; a chance for skywatchers to ‘see red’ 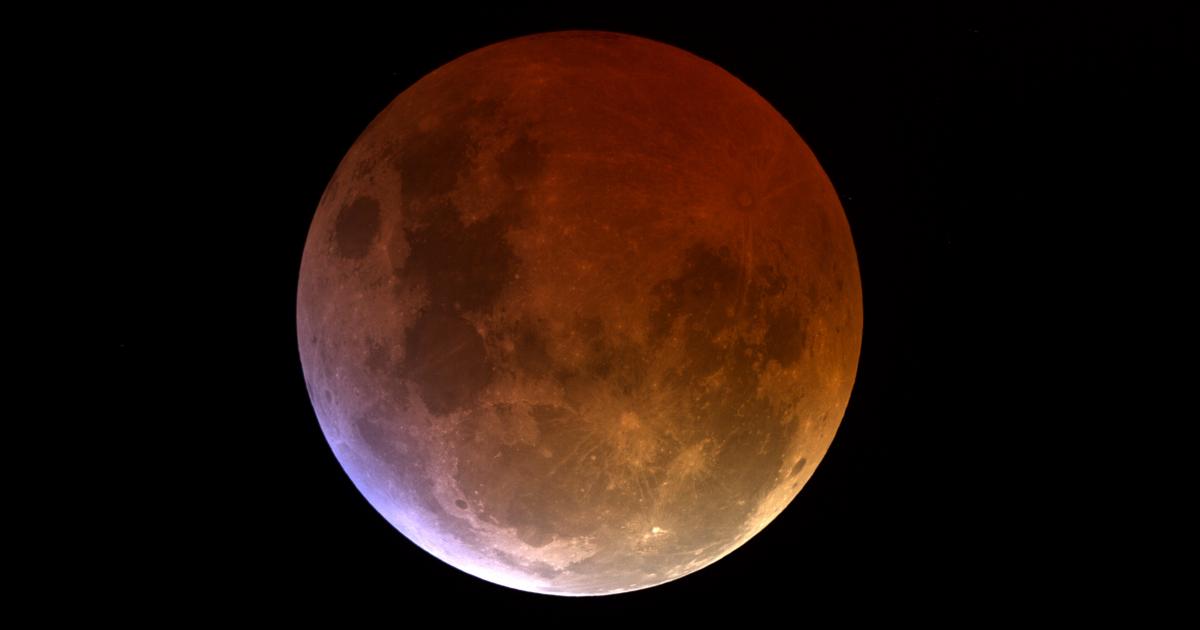 Overnight on the 27-28th July 2018, skywatchers across the UK will be able to see a total eclipse of the Moon. This spectacular event is easy to see and also fairly rare, with the next chance to catch one from the UK not until January 2019.

Sometimes the eclipsed Moon is a deep red colour, almost disappearing from view, and sometimes it can be quite bright. The colour is due to Rayleigh scattering – where the Sun's blue light is scattered off molecules in the Earth's atmosphere – which also happens at sunsets. The Sun's red light is scattered much less by air, and is bent by the Earth's atmosphere in a process called refraction, travelling all the way through it to light up the Moon's surface.

There are different types of lunar eclipse but a total eclipse is the most spectacular and is the only type that causes the Moon to appear red.

Lunar eclipses occur several times a year and take place as often as solar eclipses, if all the different types are taken into account. Whereas though you can only see a total solar eclipse if you are in the narrow path of the Moon's shadow, lunar eclipses are visible wherever the Moon is above the horizon at the time, so each one can be seen from a large area of the Earth. For that reason they are much more common from any given location.

The coming total lunar eclipse will occur between 17.14 UTC and 23.28 UTC on the 27th July 2018. The full eclipse (totality) begins at 19.30, with mid-eclipse at 20.21 and ends at 21.13 – during this time the Moon will appear red. This is the second total lunar eclipse of 2018 and will be visible in parts of Australia, Asia, Africa, Europe, and South America. Totality will last for 103 minutes, making it the longest eclipse of the 21st century!

In the UK on the 27th July, the Moon rises at 20.49 BST in London and at 21.22 BST in Edinburgh so, weather permitting, we will only miss the beginning of totality, and should be able to enjoy the space spectacular until the early hours of the 28th July when penumbral eclipse ends at 00.28 BST. The eclipse lasts 6 hours 14 minutes from start to finish, and the total eclipse (when the Moon appears red) will last 1 hour 45 minutes. From the UK we should be able to see approximately 1 hour and 30 minutes of the total lunar eclipse depending on your location, during which time the Moon will be in the SE direction.

Lunar eclipses are very easy to witness as no special equipment or safety precautions are required. Solar eclipses are dangerous because observing the Sun directly can damage your eyesight, but the light from a lunar eclipse is much fainter and so is completely safe.

On the 27th of July all you have to do is dress warmly and go outside! If you can see the full moon you will be able to observe the eclipse as it happens. If you want a close up view of the Moon as it turns red, a pair of binoculars is helpful. Because lunar eclipses are easy to watch with the unaided eye, you can just go outside and enjoy the view!

A global visibility plot can be found here.

A nice animation of how the total lunar eclipse will look from the UK can be found here.