Special interests: Solar and lunar studies and the history of astronomy.

A life-long amateur astronomer, at least since the solar eclipse of 30 June 1954, aged four. I joined Manchester Astronomical Society in 1969 and have been a council member since 1970, serving as president on three separate occasions. I am currently vice-president and Honorary Life Member responsible for inviting guest speakers to its public lecture season that first began c1903.

I was the first secretary (1993-2003) of the North-West Group of Astronomical Societies that continues to promote inter-society communications and observations, society management and public outreach at all levels and diversity.

For twenty years I taught astronomy to adult evening classes at schools in east Cheshire. I was elected FRAS in 2000, following nomination by (Sir) Patrick Moore.

In 2002 I was a founder member of the Society for the History of Astronomy and was a council member until 2015, initially serving as its Hon. Secretary and later Vice-chairman.

Retiring from full-time work in 2013, for three years I wrote a weekly column for a local newspaper, encouraging astronomy as a hobby to readers in north Staffordshire and have recently supported two schools in the formation of astronomy groups and latterly a local heritage group to commemorate one of the first women to be elected FRAS in 1916, selenographer, Mary A Blagg. For over thirty years I have given more than 250 talks to astronomical and local history societies across the north of central England.  I have long been an advocate for dark skies, liaising with local businesses and community groups, encouraging the use of well-designed and proportionate lighting, as well as promoting awards for considerate lighting.

Research interest: Since 1997 and co-discovering a copy in Manchester, I have been researching, writing and lecturing about Dr John Bevis’s un-published star atlas, Uranographia Britannica [c1750], aka Atlas Celeste [1786] with Prof Jay M. Pasachoff. Only about 30 are currently known, making Bevis’s forgotten star atlas probably the rarest example of classical astronomical cartography. In 2011 I identified a Bevis atlas in the Devonshire collection at Chatsworth as being one of only three Uranographia Britannica known to have been auctioned in 1785 and in 2013 I was consulted by London Science Museum and identified a mis-catalogued set of star charts as being unfinished pre-prints of Bevis’s charts, ca 1748, missing for over a century.

If elected, I would encourage RAS to promote a wider appreciation of astronomical and archeo-astronomical heritage in as many ways as possible. In addition, I feel that it is vital to ensure the continued interest in the RAS, both at fundamental scientific and political levels, but particularly at grassroots level. My commitment as a public speaker and educator, at all levels of audience knowledge and background positions me to make a serious contribution to the Society. 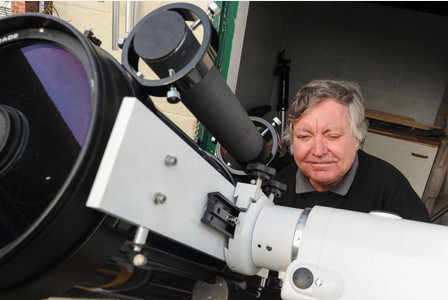