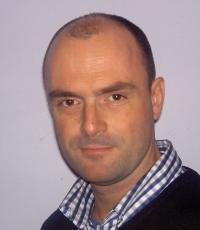 Andy Taylor is Professor of Astrophysics in the Institute for Astronomy at the University of Edinburgh, based at the Royal Observatory. He studied for his PhD at Imperial and Queen Mary Colleges, University of London, before moving to Edinburgh in 1992. His research interests are in Theoretical and Observational Cosmology, in particular studying dark matter and dark energy, the formation and growth of structure in the Universe, and the very early Universe. He has led the analysis of Cosmic Microwave Background, Galaxy Clustering and Weak Gravitational Lensing surveys, and developed and tested theories of dark energy, modified gravity, dark matter, and the early Universe. Currently he leads the Weak Lensing Shear analysis for ESA's Euclid Dark Energy Mission, and is the Euclid UK analysis coordinator. He is a Fellow of the Royal Society of Edinburgh, and holds a Wolfson Merit Award from the Royal Society.